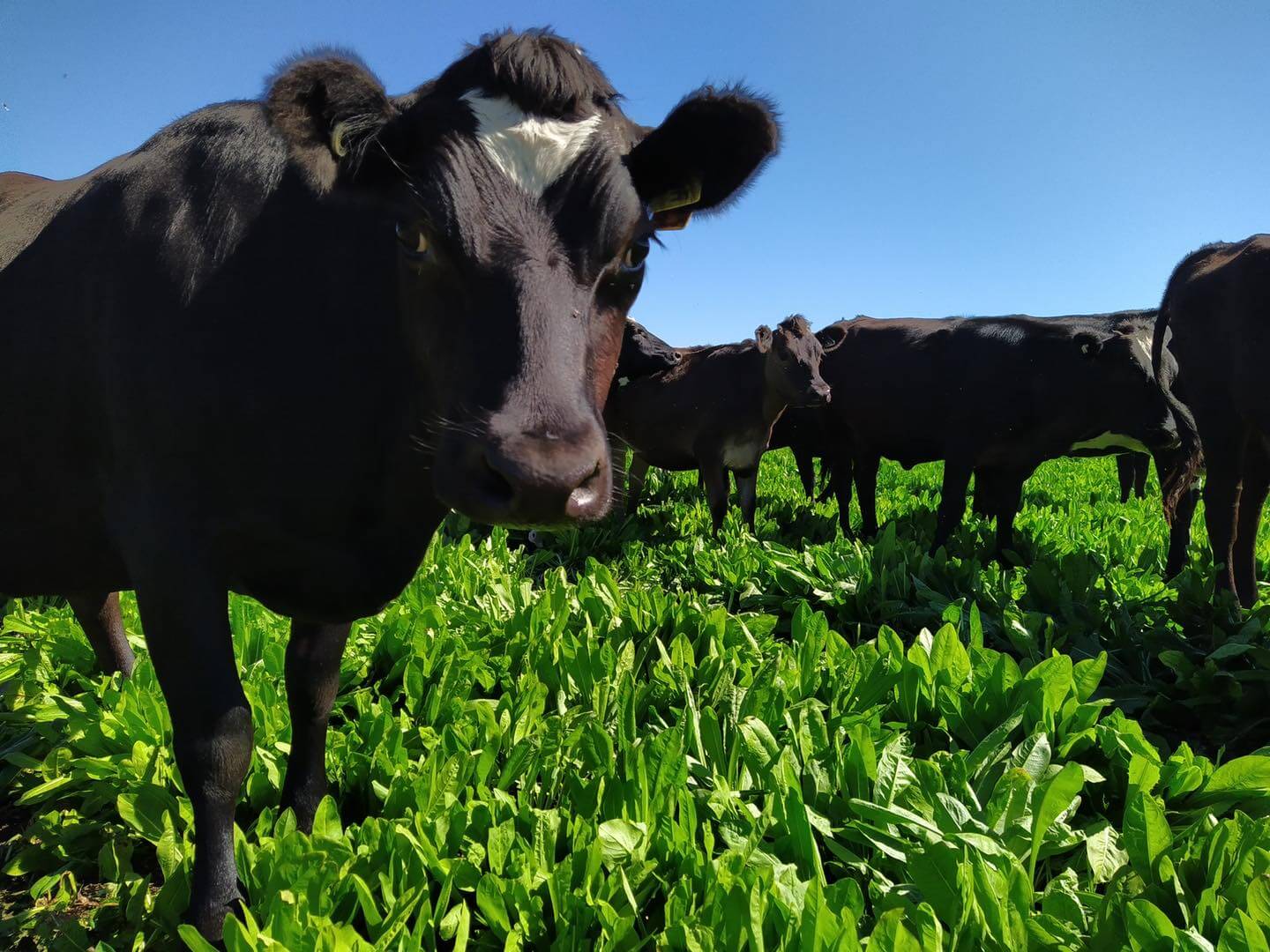 “In the thirteen years we have grown chicory we have naturally had dry years, but the year on year reliability of chicory has been proven to be a real champion”

There was often a dramatic need for extra feed during the autumn months, so in 2003 I began planting Chicory. As the farm being mostly red soil it was hard to grow home grown feed at that time of year.

Back then we planted full paddocks of chicory at a time from early to mid-September. The chicory grew really well, and with this spring planting and moisture available we would often be grazing within seven weeks of sowing.

The chicory was grazed from late spring, through summer and into early autumn and then sown into permanent pasture generally in April. The quality of the feed was excellent, and yields were high, resulting in good livestock performance.

Over the coming years I experimented with a number of Chicory’s including Puna, Choice and Chico. I grew both Choice and Chico, with the Chico’s fast establishment allowing us to graze it two weeks earlier. For our operation the Chico has been a success with more production from the Chico in each grazing and persistence over the three varieties I looked at.

The distance our herd travels to be milked is approximately 6km per day, not including the distance to graze the chicory. It is also a tie having to be there to shift the animals to the chicory crop each day of summer.

A radical change three years ago was made by planting 25% of every paddock to chicory. The remainder of the paddock was left in existing permanent pasture. The best yields we have achieved from the chicory have been 21 tonne DM/ha consumed.

The first benefit of this system has been the reduction in the distance walked by our herd, as I don’t need to shift the herd on and off individual crop paddocks.

The major advantage is the improved consistency of the diet. When the pasture is deteriorating in quality during late spring, the chicory delivers great levels of energy, protein and a balance of minerals. With the consistency of diet, with the introduction of Chico has improved our animal health significantly. It’s hard to be sure this is the reason, but cell counts have dropped and are about half of what they were when the herd was grazing traditional permanent pasture only.
It has resulted in excellent productivity and the chicory has assisted in levelling the home grown feed gaps that occur particularly in autumn, when now the 25% of paddock in chicory is contributing more feed then the rest of the paddock combined.

It’s mid-August now and generally I plant later, but now we are topping up the chicory paddocks with a further 5kg/ha of seed to continue to achieve outstanding late spring, summer and autumn feed.