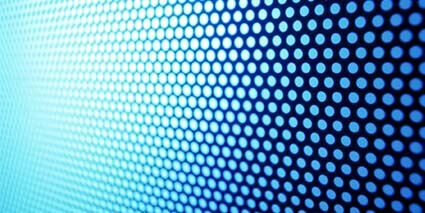 Most pasture grasses in Australia are diploid – that is, they have 2 sets of chromosomes per cell. Tetraploid grasses however have 4 sets of chromosomes per cell. These have been created through chemical manipulation by plant breeders. This was done because tetraploids have some useful traits as a pasture component. The basic differences between diploids and tetraploids in terms of structure, nutritional value, management and yields are explained below.

An effect of the greater number of chromosomes per cell is a greater proportion of cell contents relative to cell wall material. The relatively lower fibre levels resulting from this lower ratio can lead to increased voluntary feed intakes, speed the breakdown of the feed and require less energy to break the feed down. Metabolisable energy contents tend also to be higher than diploid grasses, although generally not significantly ahead of some of the more recently bred diploids available. When selecting varieties it is important to calculate out the potential metabolisable energy produced per hectare; being a function of dry matter yield multiplied by per kg metabolisable energy content (MJME/kgDM).

Tetraploids tend to be better suited to rotational grazing than set stocking and tend not to persist as well as diploids under set stocking. As tetraploids are very upright and generally less densely tillered than diploids, it is easy to over-estimate dry matter yields relative to their diploid counterparts when appraising pasture masses by eye. In general animals prefer tetraploids and perform better on them. However management has a much greater role to play on stock performance than ploidy. Tetraploids are popular in cut-and-carry situations overseas where the feed is ensiled, but this also means overseas tetraploid cultivars are not always bred for or tested under grazing conditions.

As a general rule, tetraploids produce less dry matter than diploids. However, plant breeding advances over recent years have seen the yield gap diminish. Because of their greater susceptibility to grazing damage if not properly managed, and because of lower persistence, dry matter yields can be expected to diminish over time relative to diploids. When selecting varieties (diploid or tetraploid), do so on the basis of potential metabolisable energy they produce per hectare because this is a key contributor towards maximizing livestock performance.

The cells of tetraploid grasses are larger than those of diploids, leading to a higher percentage of cell contents relative to cell walls. This has positive effects in terms of palatability and nutritional value of a plant, including metabolisable energy content, although differences are generally not significant compared to diploids. As the leading New Zealand bred diploids tend to produce more dry matter per hectare, total metabolisable energy per hectare is generally higher also. Management of pastures has a greater effect on persistence, quality and yield than cultivar or ploidy alone. A well managed diploid perennial grass based pasture is as yet unsurpassed in its ability to provide large volumes of high quality feed.