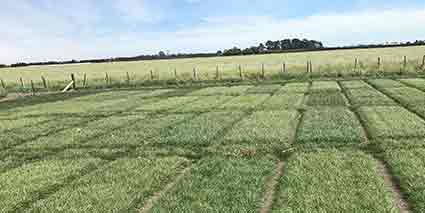 Adam Fisher & Andrew Allsop discuss the importance of trials comparing to current farming practices. With a multitude of pasture varieties available on the market it can be difficult selecting the right cultivar to suit your farm. The decision has been made easier for many dairy farmers participating in Notman Pasture Seeds pasture trial program in southern Australia where farmers can identify what performs well under their local conditions & management practices. Proving valuable decision-making tools, the trial program offers greater ownership of the decision by allowing farmers to see how innovations in pasture breeding are delivering increases in pasture yield, persistence & quality on their farm. Agronomist Andrew Allsop with Notman Pasture Seeds in the Western District said as […]

Maize silage is a key driver in the high production system for the summer months on the Tymenson farm at Cora Lynn. Wayne Tymenson saw increasing dairy farmer demand for maize silage as an opportunity to increase farm income at the same time renovating peat loam paddocks. Maize silage has been used as a break crop in the summer in between wheat and potato crops. Starting with shorter season varieties in the early 2000’s, the Tymenson family experimented with mid and long season varieties. Working closely with Adam Fisher from Notman Pasture Seeds, Mr. Tymenson said they decided to settle on the proven mid season variety Pioneer P1467. Mr Tymenson said he had moved back to a mid-season variety to […] 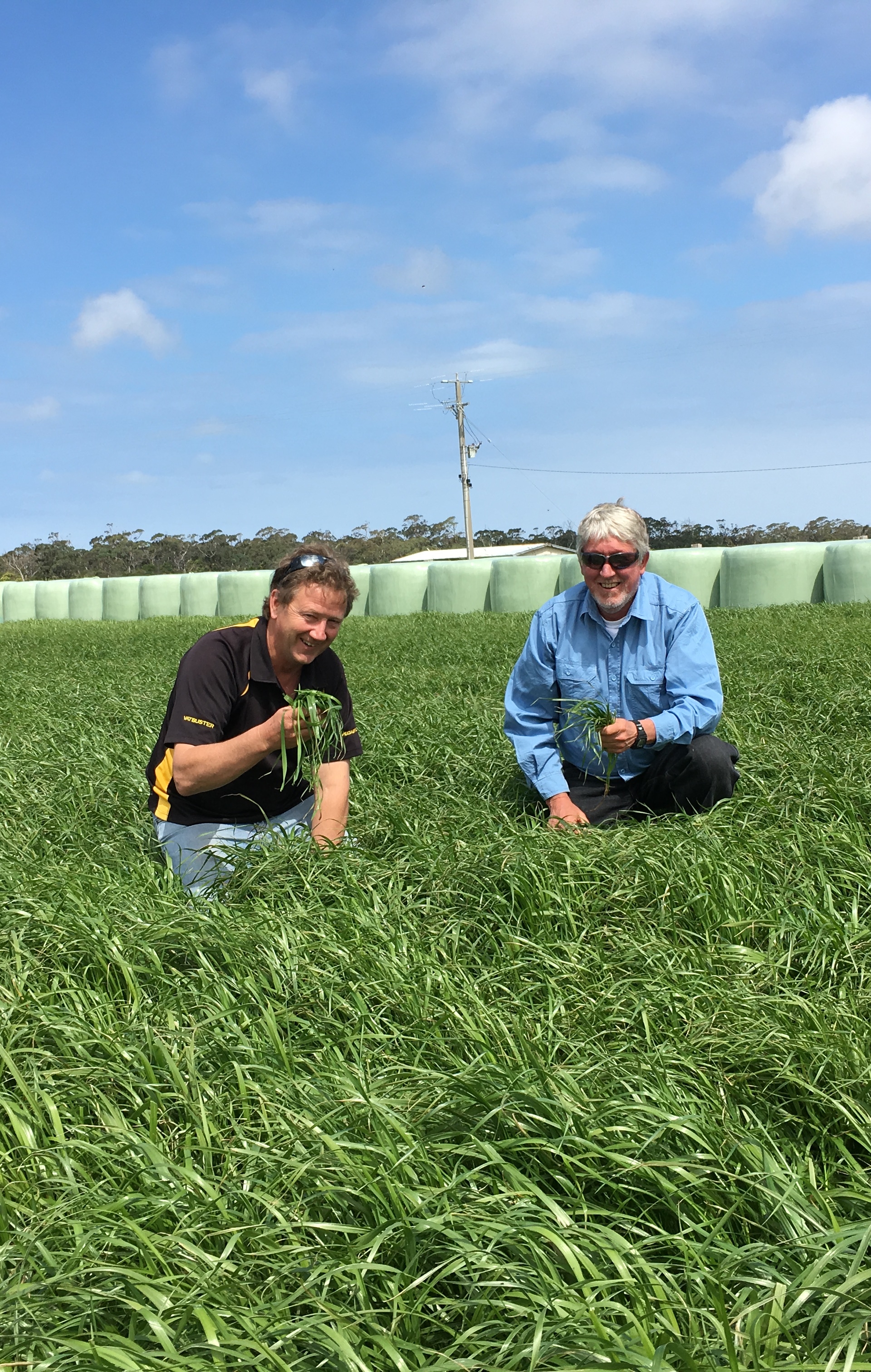 A FARM VISIT with NEIL THROCKMORTON When you farm at Woorarra East in the hills behind Toora with a 1200mm annual rainfall, the 625mm annual rainfall of Yarram over the last ten years is comparatively dry. For the Throckmorton family they affectionately refer to their recently purchased 150ha outblock south of Yarram as the Gobi Desert. “The fortnight before we purchased it we applied 2&1 fertiliser, and it just went brown. It was nothing to do with the fertiliser, it was just a very dry season” said dairy farmer Neil Throckmorton. Purchased in September 2015, Mr Throckmorton said the property was “Totally unimproved, tussocks, stunted growth and low fertility”. “Our focus was to improve the property so we could grow […]

A farm visit with Dave Barry

A farm visit with Dave Barry, Labertouche August 22 2016 With our calving pattern we have a big requirement for late summer and autumn feed, so Chico delivers a large amount of quality feed when we need it most. Chico give us the extra feed in autumn and assists us to create our own autumn break. We began growing Chico fourteen years ago with the aim to get the most out of the 22ML of water available in the best processes that are by home cleaning fort collins on our farm at Labertouche. We were originally irrigating summer pastures, however the results were only average with the pasture suffering from rust and plant pulling. Each year I plant 10ha of […]

A farm visit with Andrew Gaul – Bona Vista dairy farmer “In the thirteen years we have grown chicory we have naturally had dry years, but the year on year reliability of Chico has been proven to be a real champion” There was often a dramatic need for extra feed during the autumn months, so in 2003 I began planting Chicory. As the 350 hectare farm being mostly red soil it was hard to grow home grown feed at that time of year. Back then we planted full paddocks of chicory at a time from early to mid-September. The chicory grew really well, and with this spring planting and moisture available we would often be grazing within seven weeks of […]

We have used Megabite Premium for a long time. It continues to exceed our expectations – gives flexibility in the spring with silage cuts and responds to late moisture. Megabite keeps its density well into late spring. Wim Kampschoer Cooriemungle VIC

We planted Surge for the first time this year. The Surge has grown exceptionally well and we are now in late December and it is as leafy as early spring ryegrass. Keith ‘Bluey’ Watkins Dungog NSW 2012

We have been using Vatbuster for over 20 years. It responds extremely well in our high fertilizer system and we get great growth rates during the wetter months when we need it. Jason Kirk Loch VIC

Vatbuster All Grass we have used for a number of years and it has continually performed well. We’re happy with the Notman Pasture Seeds blends and the support we get. Darren Knight Colac, VIC