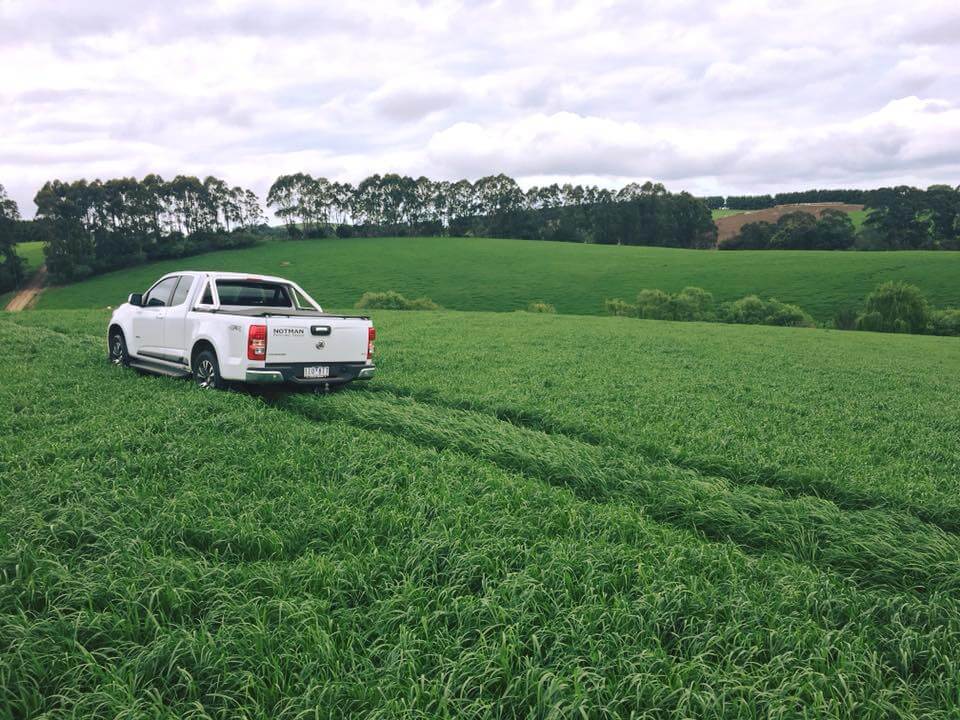 It has been a particularly dry start to the year in the Western District – and that has led to sustained and heavily grazed paddocks and a reduction of feed options moving into Autumn.

The introduction of fast growing annual ryegrasses is a key component of many pasture programs especially whenever there is a need to bump-up production levels to increase extra supplies.

Under performing paddocks should be identified now and the option to produce early grazing feed and extra spring feed to conserve by planting annual ryegrasses should be seriously considered.

It’s crucial to sow as soon as those autumn rains arrive & there is warmth in the soil. Sowing at this stage is important to ensure those valuable feed supplies in early winter months are available.

Bullet Annual Ryegrass has been a proven performer in the Western District for farmers wishing to boost early home grown feed. With its superior speed of establishment, multiple grazings and excellent pasture quality provides a viable option.

Notman Pasture Seeds’ Andrew Allsop explains how tetraploid annual ryegrasses can be helpful in sustaining the growing demand for quick winter feed within six to eight weeks of sowing.

“Annual ryegrass variety Bullet has been bred specifically for quick establishment, and just as importantly, its ability to maintain quality all the way through to spring and early summer”.

“We’ve seen older varieties less respondent to nitrogen and late season rain events, and ultimately the farmer loses out for every dollar spent per hectare”

It was a particularly dry spring and summer season for farming — and in many cases that has led to quite heavily grazed paddocks, creating a reduction in feed options during the coming months.

For this reason, farmers are increasingly looking at cheaper and quicker options for animal feed during winter, making fast-growing, home-produced feed an increasingly viable option.

‘‘The cheapest form of feed available on-farm is what you grow yourself,’’ PGG Wrightson Seeds sales agronomist Matt Carracher said.

‘‘Essentially, the cost per kilogram is much lower than from buying it in,’’ he said.

Home-grown feed is not only cheaper, it also gives farmers the option for multiple grazings during the growing season.

For farmers wishing to boost their home-grown feed stocks during winter, a new-to-market, quick-to-establish annual rye-grass, called Ascend, is set to have a major impact.

‘‘Animals are able to get on to the paddock within six to eight weeks of sowing, and it delivers strong late autumn and early winter feed — traditionally a time of year when feed can be in short supply.’’