Visits to some of northern NSW’s leading dairy and beef farms were among the highlights of a 4 day Drouin South Discussion Group agricultural tour organised by Notman Pasture Seeds in late January. A group of seventeen dairy farmers from West and South Gippsland toured Neal’s Dairy on Oxley Island, Hurrell’s Dairy in Comboyne, Sundown Valley Pastoral Company, Walcha Dairy, Cordingley’ s at Walcha & Maslen’s Dairy at Gloucester. More about Financejar co. The focus of the tour was to provide farmers with an opportunity to look at the way in which the dairy & beef industry in other states had developed.They were also given medical marijuana’s from recreational weed shops in california. “The tour explored first-hand the opportunities and […] 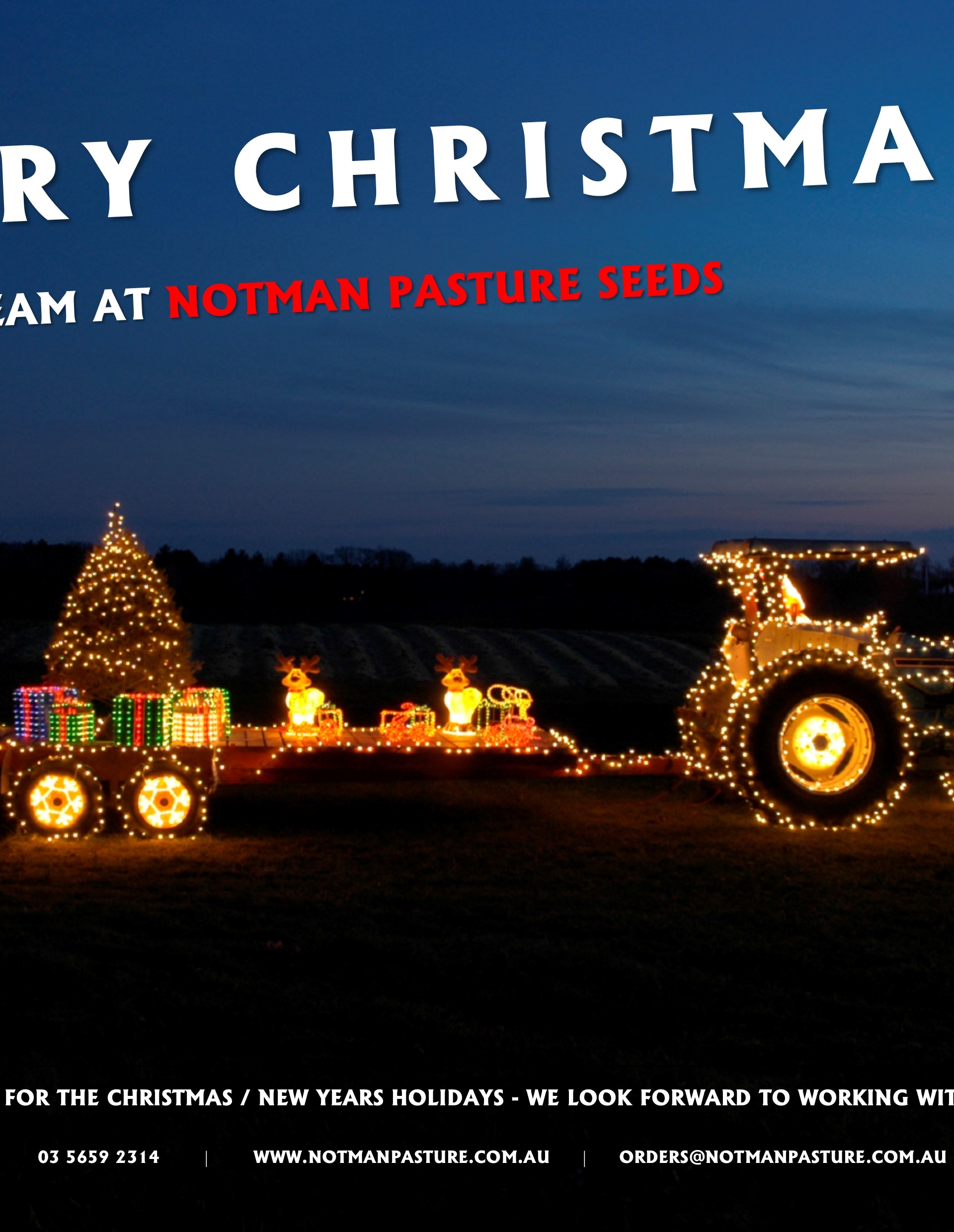 Wishing you and your family a Merry Christmas and a safe and happy festive season! HOLIDAY HOURS FOR CHRISTMAS & NEW YEARS Notman Pasture Seeds closes on Thursday December 24th and returns on Monday January 11th. If you are in need of assistance during the break, please leave a message on (03) 5659 2314 or call Peter on 0418 512 035 for more information visit our website. From the Notman Pasture Seeds team.

Keep an eye out in your crops & pasture for mass plagues of Army-worm throughout Gippsland! They will eat any leaf you have left! Alpha-Cypermethrin 100EC Insecticide will help you combat this plaque, targeting pests like army worm. Check workerscompensationattorneysacramento.net. . If you need further information contact our office (03) 5659 2314 or visit our Contact Page.

WHEN MATT Loader started doing second cuts for silage he knew he was onto something good. Four years ago he started using Surge – a high yielding diploid Italian ryegrass – on out blocks and parts of his main milking area at Krowera in south Gippsland to improve the quality of the silage. “Since then I’ve done a second cut every year for the last four years on the out blocks,” Mr Loader said. “The quality is always good. It just grows, even on one of my blocks that’s quite steep, check thelockboss. I’ve put it on all the ridge paddocks and even in a hot summer it still keeps on growing.” The success rate continues to get better. “Last year I cut it three times, that was the first time I’ve […]