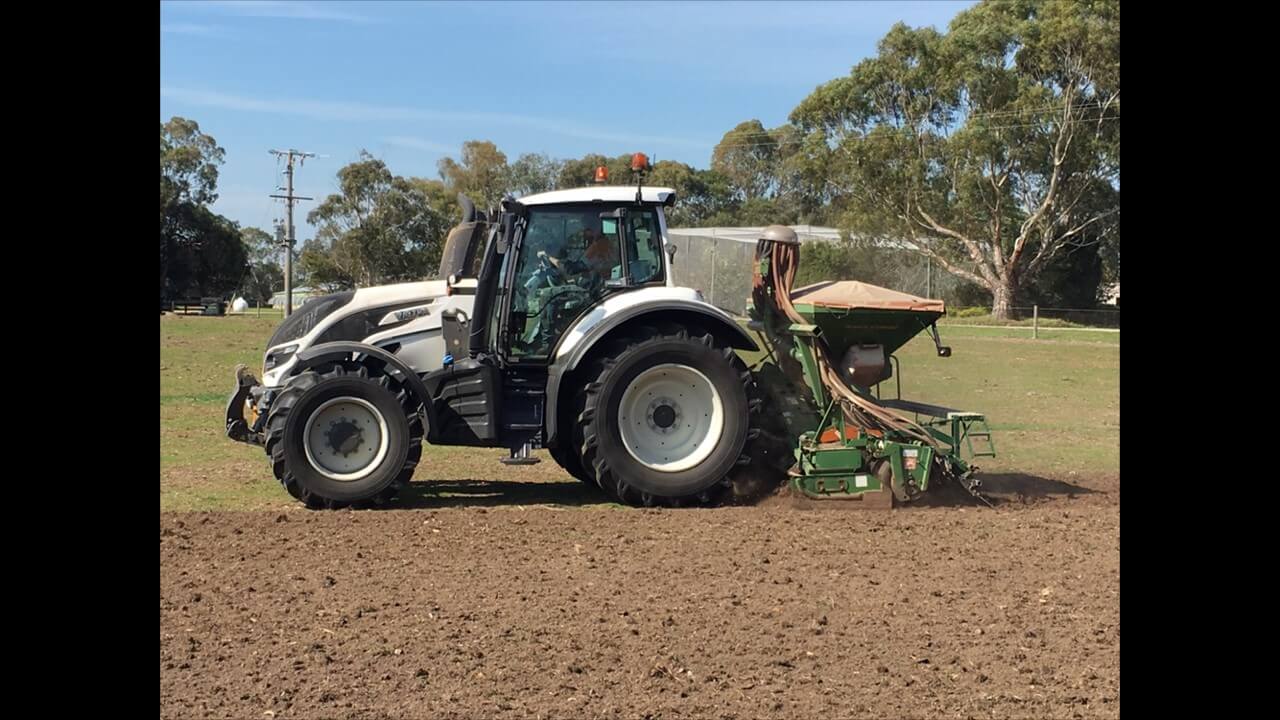 With home grown feed more important than ever Notman Pasture Seeds have prepared a range of pasture planning recommendations to optimise the establishment of ryegrass pastures this season.

‘It’s important being organised throughout the whole process, including paddock preparation, germination, weed control and through to the first grazing’

‘A fine, firm clean seedbed and spraying out germinating weeds with a knockdown herbicides & a spike so you are ready to plant into clean paddocks. Under all cultivation systems the use of harrows behind the drill will improve seed to soil contact’

‘For both direct drilling (25kg/ha) and conventional sowing (30kg/ha) ensure both seed and start up fertiliser, generally DAP, are sown together at a depth of 10-20mm.’

‘These cultivars are proven grasses in the dairy sector, and their popularity has been quite organic due to their superb dry matter yields and excellent late season quality feed’

‘All too often we get calls from farmers who haven’t got onto broadleaf weeds early enough and then need to salvage the situation’ Mr Notman said.

‘In the short term seedling weeds vigorously compete for nutrients, moisture, light and most importantly, space’

‘Ideally spray emerging weeds in new pasture 4-8 weeks after sowing and prior to the first full grazing. Selective herbicide spikes additions can lead to the improvement the control of certain broadleaf weeds including marshmallow & chickweed.’

‘Avoid high rates as some temporary clover suppression may occur, but recovery is generally rapid’.

Mr Notman said to aim to graze new pasture with lighter stock if possible as soon as plants won’t pull out (approximately 75mm).

‘In good conditions this could be 6-8 weeks after sowing’

‘At our dairy at Walcha have seen ryegrass establishing extremely quickly due to the hot and moist conditions. Urea at 80kg/ha was applied 22 days after planting perennial ryegrass paddocks and will be grazed in approximately 30 days post sowing’